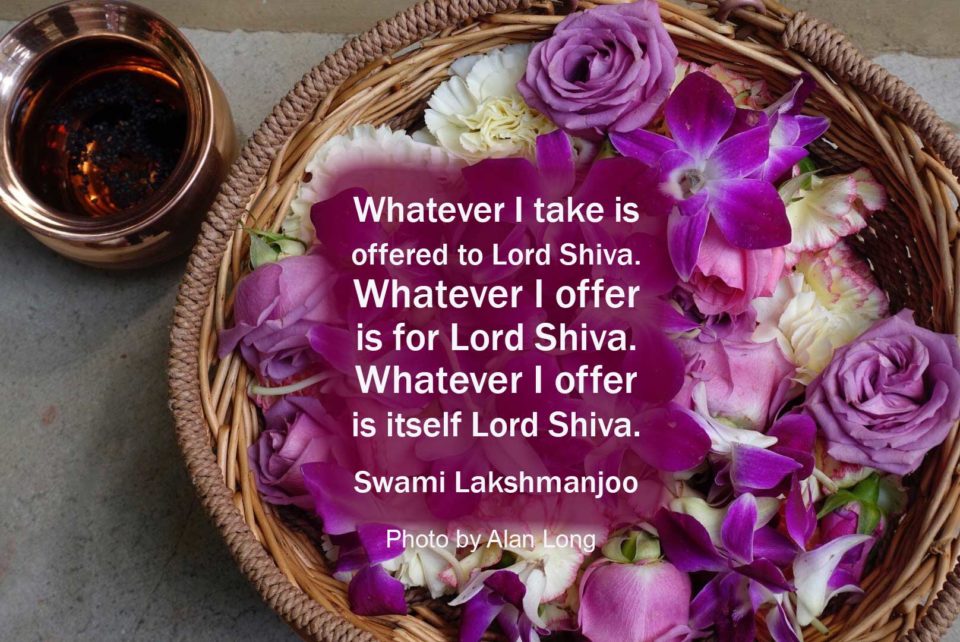 This verse, well known throughout India, is traditionally recited before taking food. Drawing on Abhinavagupta’s Unique Explanation Of “Brahmarpanam Brahma Havir…” Swamiji further elaborates with the first verse of Somānanda’s Śivadṛṣti. Somānanda’s was the guru of Utpaladeva, who reformulated Śivadṛṣti into the Pratyabhijñā philosophy. Utpaladeva’s disciple was Lakṣmanagupta, who was one of the spiritual teachers of Abhinavagupta, the most illustrious teacher in the tradition of Kashmir Shaivism.

This is part of the series of the Bhagavad Gita, In the Light of Kashmir Shaivism, by Swami Lakshmanjoo Chapter Four, verse 24.

Yajñāyetyuktam;–tat-svarūpaṁ sāmānyaṁ tāvadāha [comm.]. First He explains what is yajña, what is the typical meaning of yajña.

Other commentators have [commentated]: brahmārpaṇaṁ, you offer it to supreme Brahman. Whenever you put a thali [plate] in front of you, you take achamana (water); just after yajña, you take achamana. Don’t you take achamana? When you perform yajña of our master, when there is time of taking food, Shamlal [and I], we put some water in our palms and recite this śloka:

Brahmārpaṇaṁ brahma havir brahmāgnau brahmaṇā hutam. And then offering, the act of offering is also Lord Śiva. [The one] who offers [and] the offering itself is the play and drama of Lord Śiva. 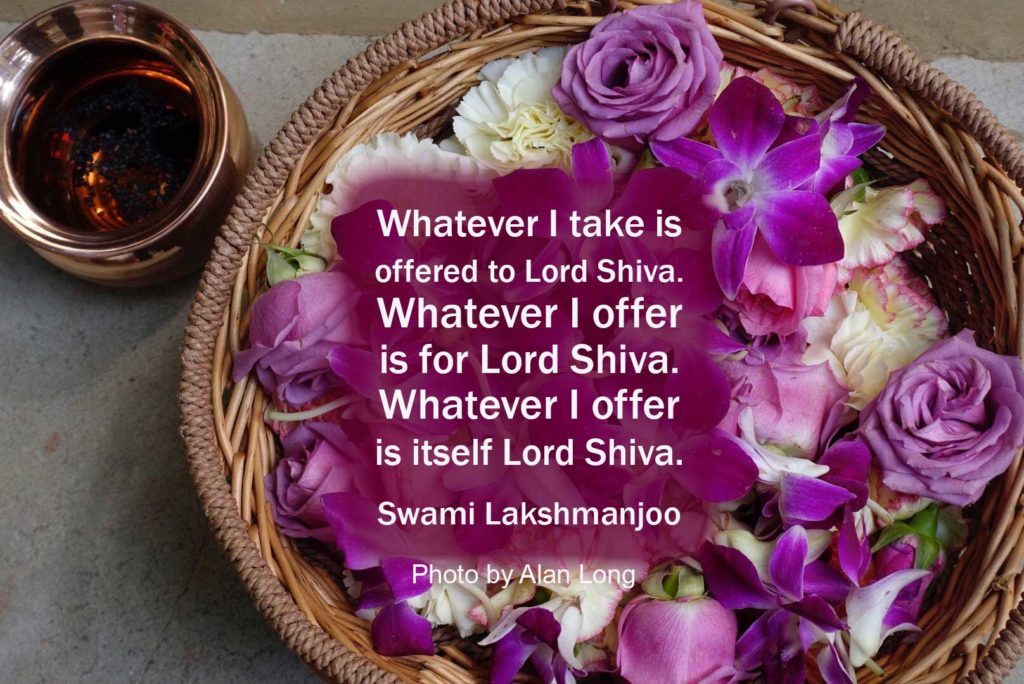 SWAMIJI: Obstacles. Obstacles are Śiva. We have to remove that Śiva. For removal of that Śiva, I am doing prānam [bowing] to Śiva, i.e., myself, for removal of these obstacles; śivaḥ karotu, let Śiva do prānam [to Himself]. Tat-ātmane, who is universal Śiva, in the end he will become universal Śiva. That is, he will take the seat of Parabhairava in the end, where everything is everything [sarvasarvātmakam].

That is brahmārpaṇaṁ brahma havir brahmāgnau brahmaṇā hutam. This is brahma karma samādhi; this is samādhi of brahma karma. This way, no other commentator has commentated upon [this verse] like this as Abhinavagupta has done.

Source: Bhagavad Gita, In the Light of Kashmir Shaivism, by Swami Lakshmanjoo