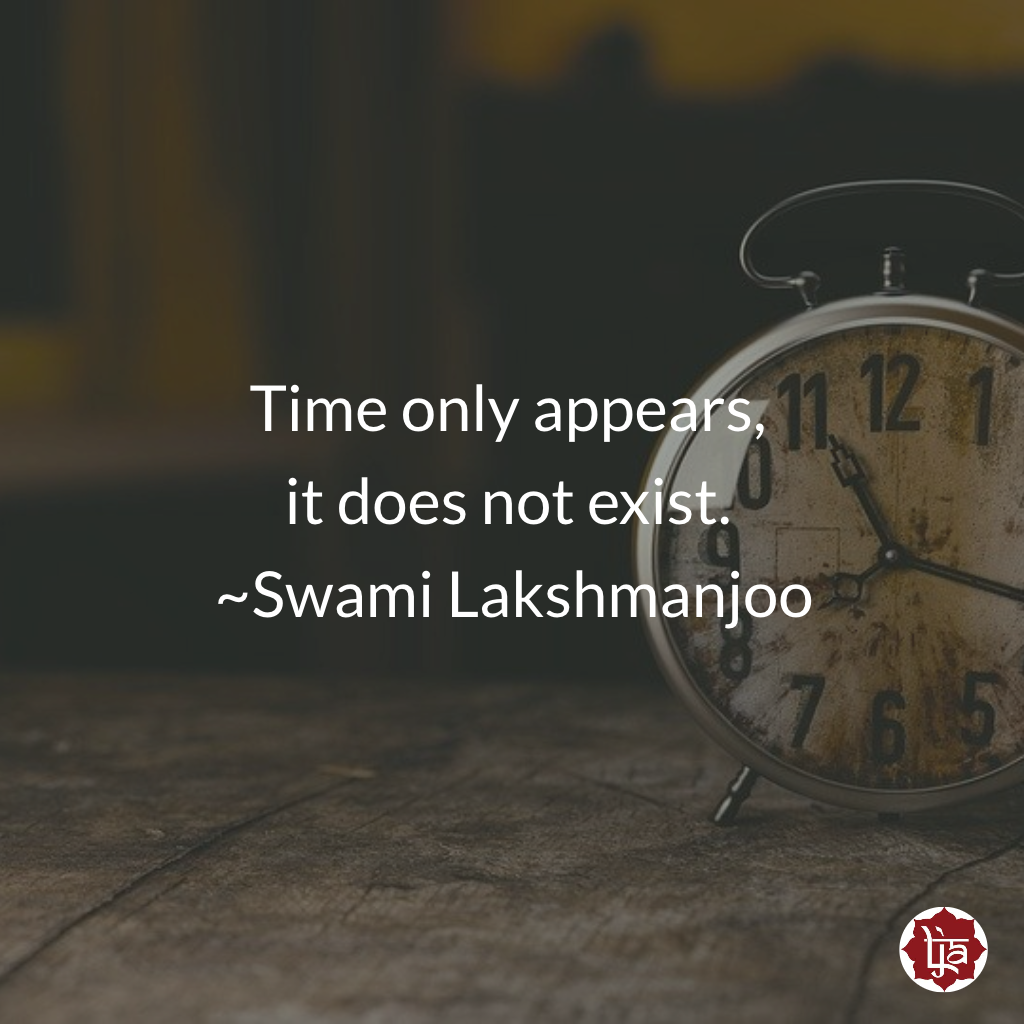 This is the continuation of a previous lecture on the Bodhapañcadaśikā by Abhinavagupta, who wrote the [15 verses of wisdom]. In this part, Swamiji is explaining the 10th verse…

“Time only appears, it does not exist.” ~Swami Lakshmanjoo

Now he, in this śloka he says, teṣu vaicitryam, and you find varieties of creation and destruction in this world. This is variation i.e., they don’t tally with each other.

So this is vaicitrya. Teṣu vaicitryam, so you find varieties of this time. So you cannot depend upon any time.

Time only appears, it does not exist.

BRUCE P: You were talking about varieties of creation and destruction?

SWAMIJI: Yes, varieties of destruction and creation is according to time. A human being is destroyed after 100 years. So this is time, after that particular time he ends, his span of lifetime ends.

In the same way, the span of a lifetime of Sadāśiva ends, at the top. And this is only in the twinkling of the eyes of Lord Śiva. This is variety, which we come to know in this universe of 118 worlds.

For instance, he cannot understand what is meditation. Who?

SWAMIJI: No, this mosquito.

SWAMIJI: A mosquito cannot understand. Lord Śiva can. So this intellectual power is also created in variations. This is bhavaḥ, this is the world, sukha duḥkha matir bhavaḥ.39

37. Sadāśiva exists at the level of the 34th tattva, above where there is only Śiva and Śakti.

39. Sukha duḥkha matir bhavaḥ means, both pleasure (sukha) and pain (duḥkha) are created in this world.

Source: The Bodhapañcadaśikā, Abhinavagupta’s “Fifteen Verses of Wisdom” featuring Swami Lakshmanjoo’s revelation (along with discussion and questions and answers by his closest devotees) is available as a six-part online study series: “Kashmir Shaivism and the Transformation of Life“. Includes a 127-page transcript in PDF format, with downloadable video and audio material. Total audio time 8 hours.