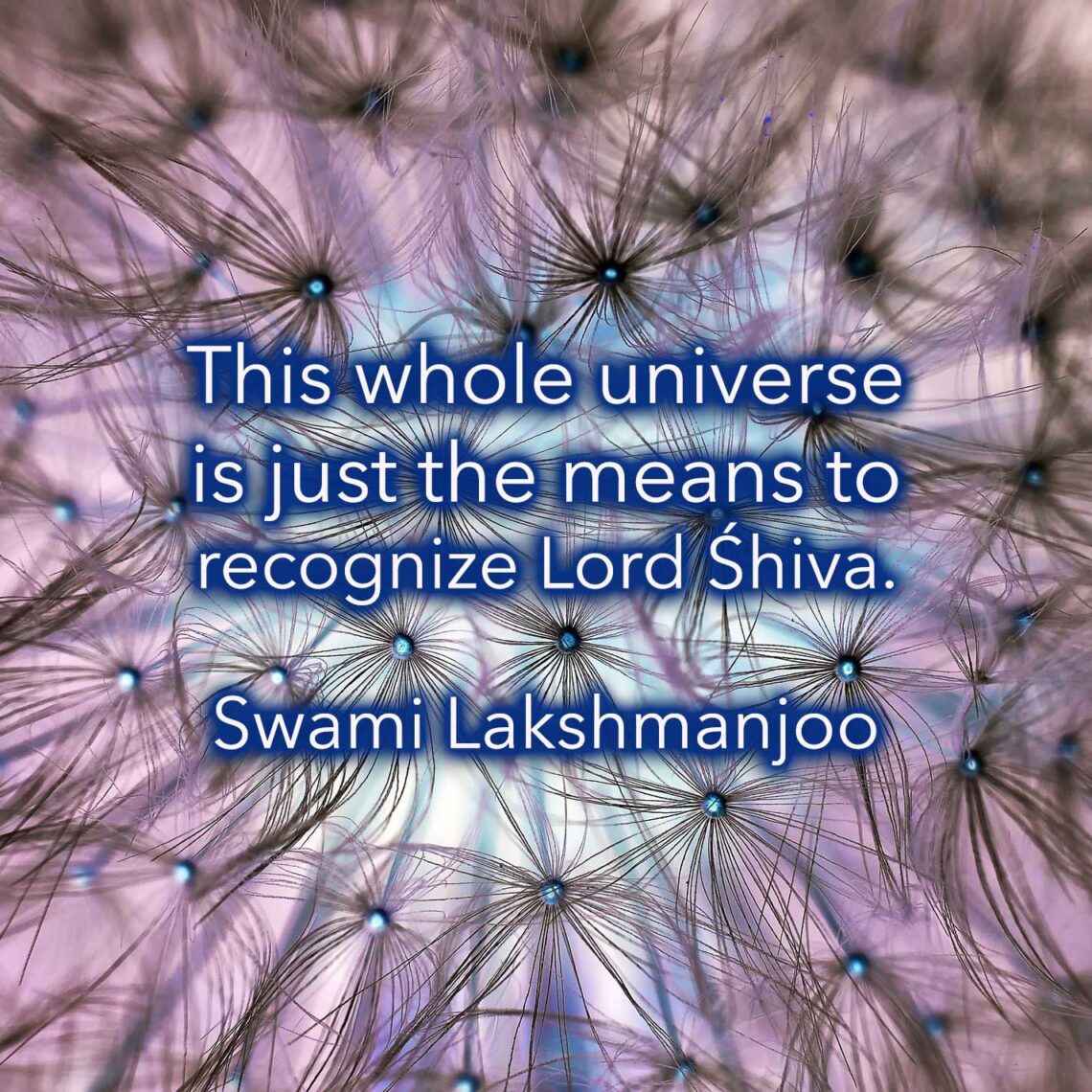 In this excerpt, Swami Lakshmanjoo reveals “Why Lord Shiva has created this universe, which is Shakti, His supreme energy?” 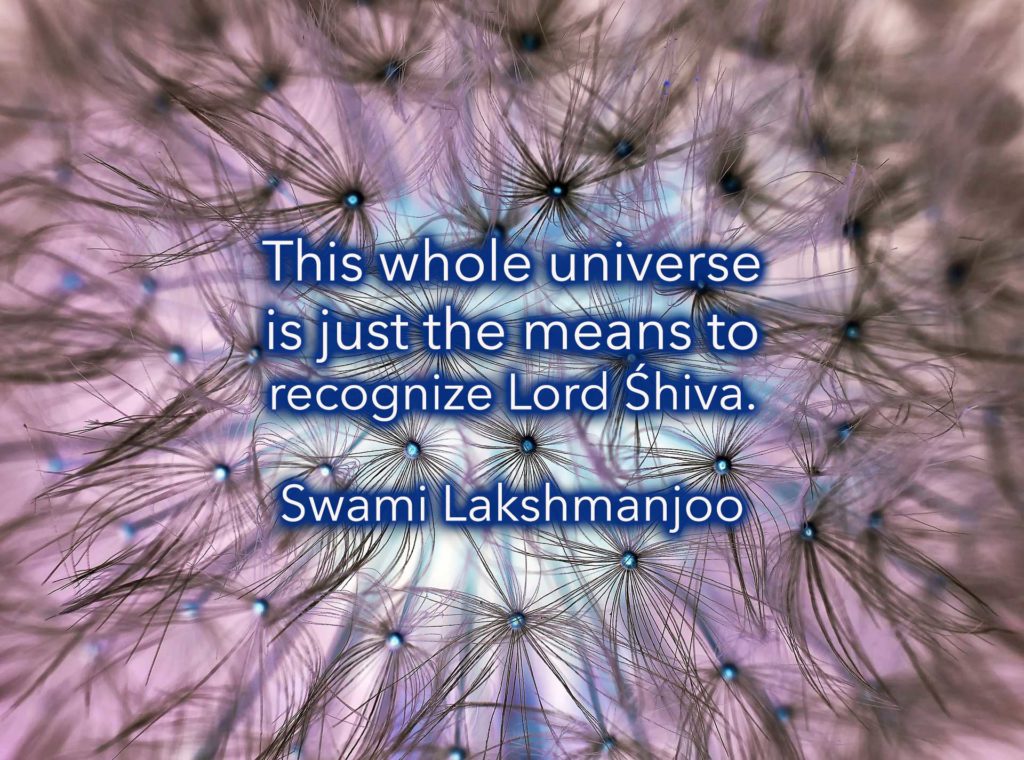 And why he has created this supreme energy in his own nature?

Just to recognize his own nature.

BRUCE P: Why should he want to recognize?

SWAMIJI: It is svātantrya. Because if he does not recognize it, what is the fun of the universe? The universe is created just to recognize him.

ERNIE: There is no lack there?

SWAMIJI: No, it is full, it is already full.

SWAMIJI: When fullness is overflowed . . . you know what happens afterward?

So this is the fun of svātantrya.

When it is overflowed, when it overflows then you want to disconnect it.

ERNIE: So that’s his position?

SWAMIJI: That is his position . . . disconnected because of too much of it (joy). You want to get disconnected from that state and then connect yourself, (then) it gives pleasure, that is svātantrya. This is why this whole universe is created. Otherwise, there was no reason to create this universe, when God was there already in his own knowledge, completely.

This is svātantrya. So this is the way, how this universe is created. Otherwise, there was no room for this universe to be created.

What for . . . if God consciousness was already full?

SWAMIJI: . . . overflowing, and then he wanted to do something else.

SWAMIJI: Shakti was in his own nature at that time. When it overflowed too much then he had to separate Shakti from his nature. And then in Shakti also Shiva is existing; and that Shiva was ignorant, and he wanted to have this fullness of his knowledge, as before.

This is the way.

JOHN: So he contains both of those in himself at the same moment, though. There is not a point where he is separated from the universe and then . . .

ERNIE: So there was never really any separation at all?

SWAMIJI: No, (that) separation seems to be by svātantrya.

18  “O dear Pārvatī, just like by the light of your torch or candle, or by the rays of sun, all the differentiated points of deśa, or ‘space’ are known, are understood; in the same way Shiva is being understood by Shakti, by his energy. Energy is the means by which you can understand and enter in the state of Lord Shiva.” Swami Lakshmanjoo, Vijñāna Bhairava, Verse 21.

In Kashmir Shaivism ‘the showering of grace’ is called ‘Śaktipāta’. There is no such thing as Śivapāta, because for Shiva there is nowhere to go and nothing to realize. Shiva is the realizer! [Editor’s note]

Source: The complete text of the Bodhapancadashika is available
as an online course, “Kashmir Shaivism & The Transformation of Life”,