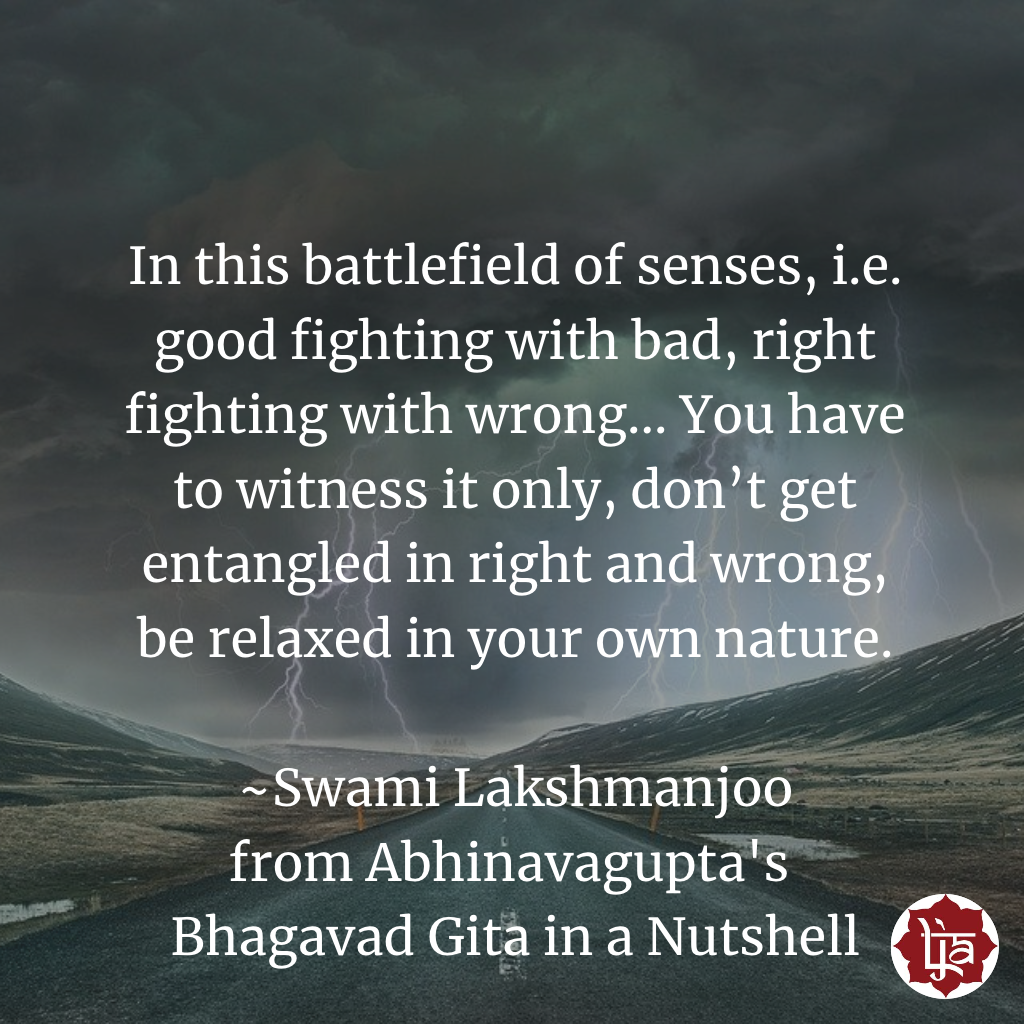 Abhinavagupta tells us that there is a war going on between our senses. In senses there is joy, and joy fights with sadness, sadness fights with joy. In this excerpt we will learn what a yogi must do in this internal battle. 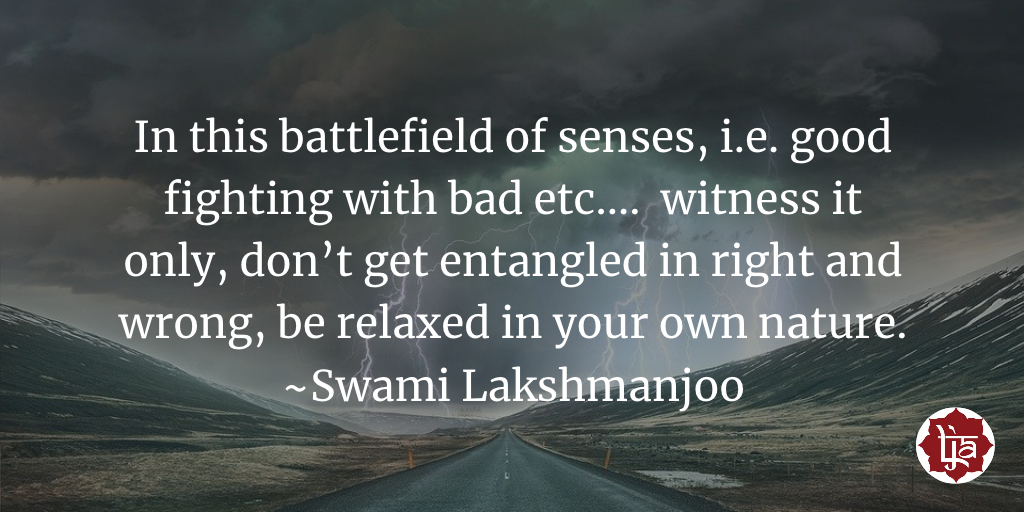 Kashmir Shaivism is a purely monistic philosophy. This means that only one being exists. It is not a duality where there is a separation between man and God. In Kashmir Shaivism Lord Shiva, Lord Kṛṣṇa and the limited human being (jīva) are one and the same Being.

What a yogī has to do in this war, in this battlefield . . .

What you have to do there, what you must do, what a yogī must do there he says.

Vidyāvidya ubhayāghāta saṁghaṭṭa vivaśīkṛitaḥ yuktā dvayamapi, if there is yukti, if there is a way, an avenue . . . the avenue is only dvayam api tyaktā don’t think of right, don’t think of wrong, be relaxed in your own nature, just enjoy, enjoy this fight.

JOACHIM:  Give up duality!

SWAMIJI:  Yes. You just witness it. You have to witness it only, don’t get entangled in right and wrong, [during] this war. Just witness this war, then you will get rid of this war and there will be neither right nor wrong.

This is the conclusion of the first chapter of Bhagavad Gītā.