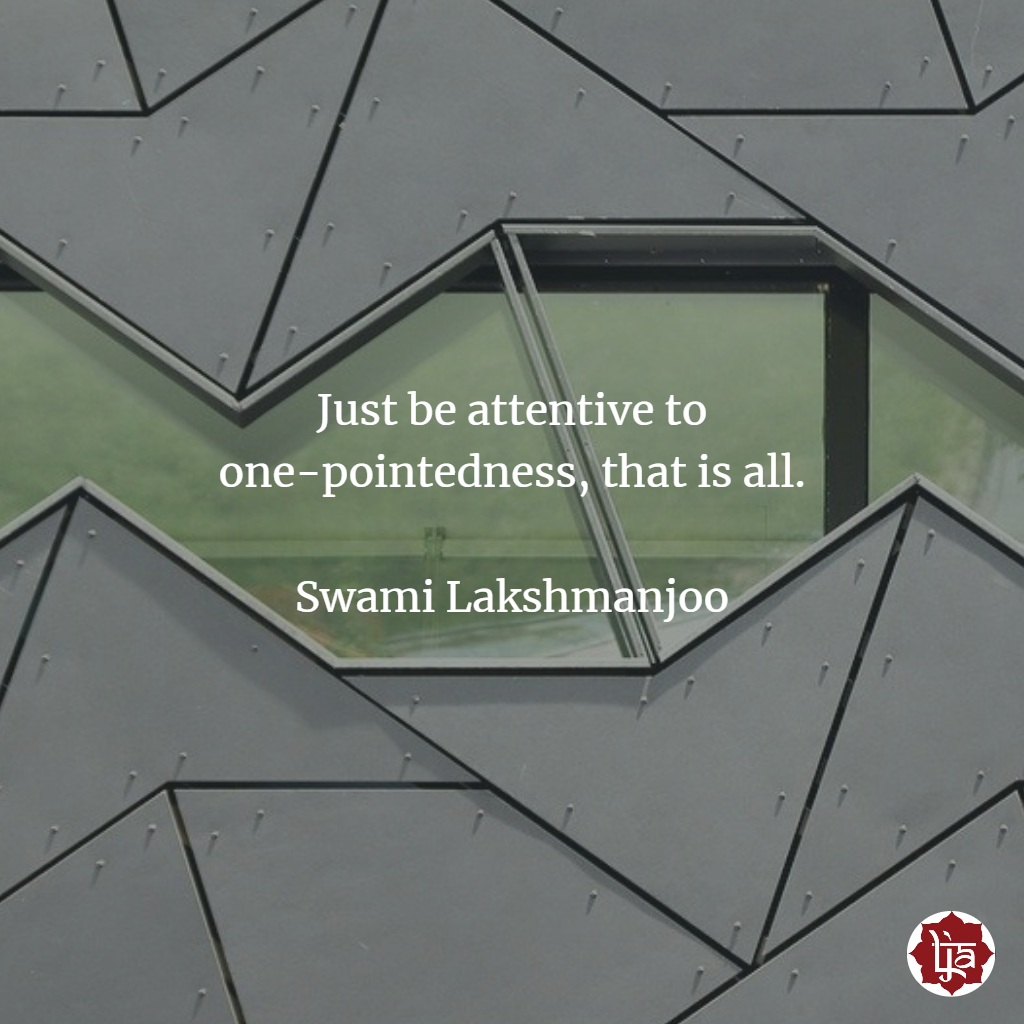 “Just be attentive to one-pointedness, that is all!” ~Swami Lakshmanjoo, Kashmir Shaivism 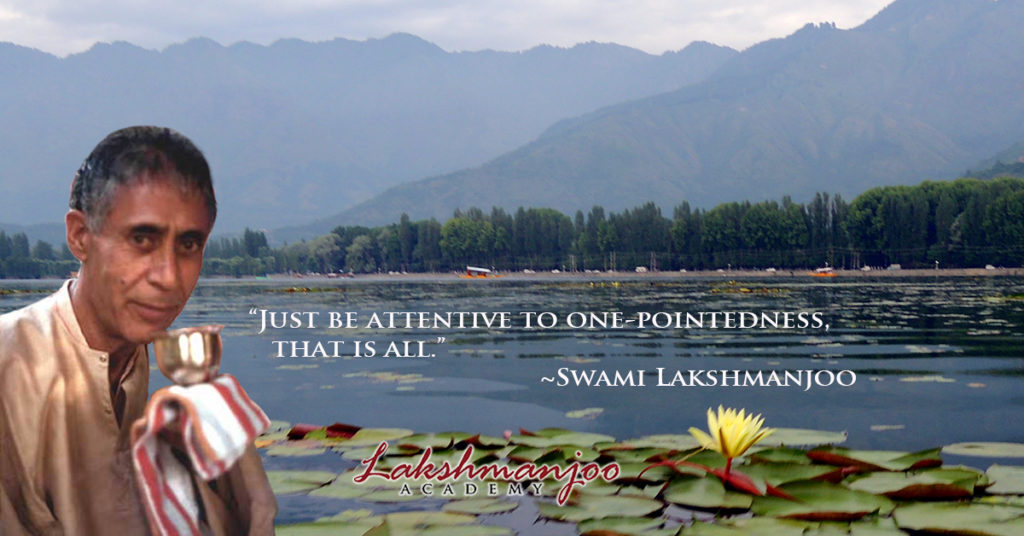 Just be attentive to one-pointedness, that is all (yada ekatra saṁrūḍha). Tadā tasya pralayodayau niyacchan, bas, see that it is not destroyed–don’t give rise to it, don’t let it fall. 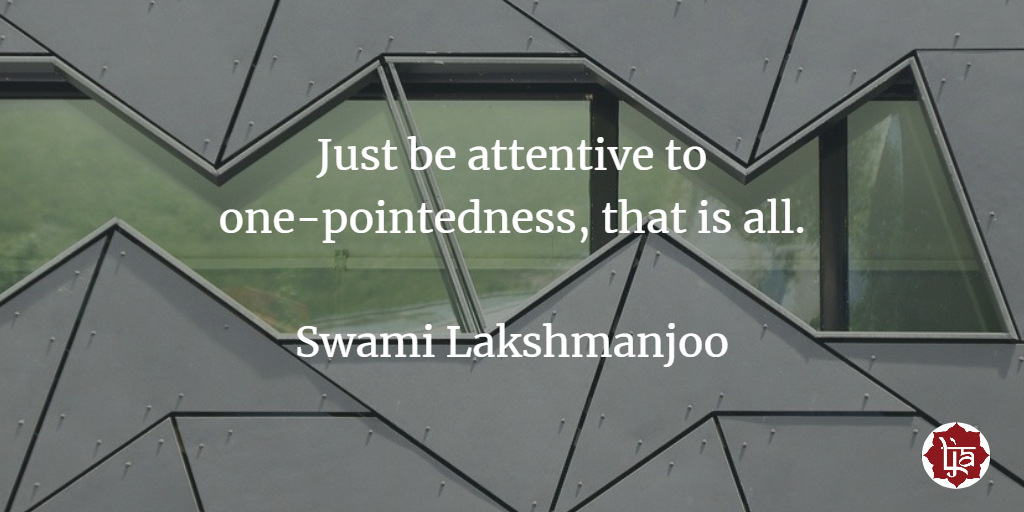 SWAMIJI: Yes, that I have told you.

JOHN: But get that at all costs.

JOHN: So, this verse refers to that other earlier verse where it gave those two kinds of meditation–one where you hold the thought and you don’t lose it, and one where you lose it and you go to those divine tanmātras. So, he is talking about here [that] “holding this without rise and fall” means, just having it in one point.