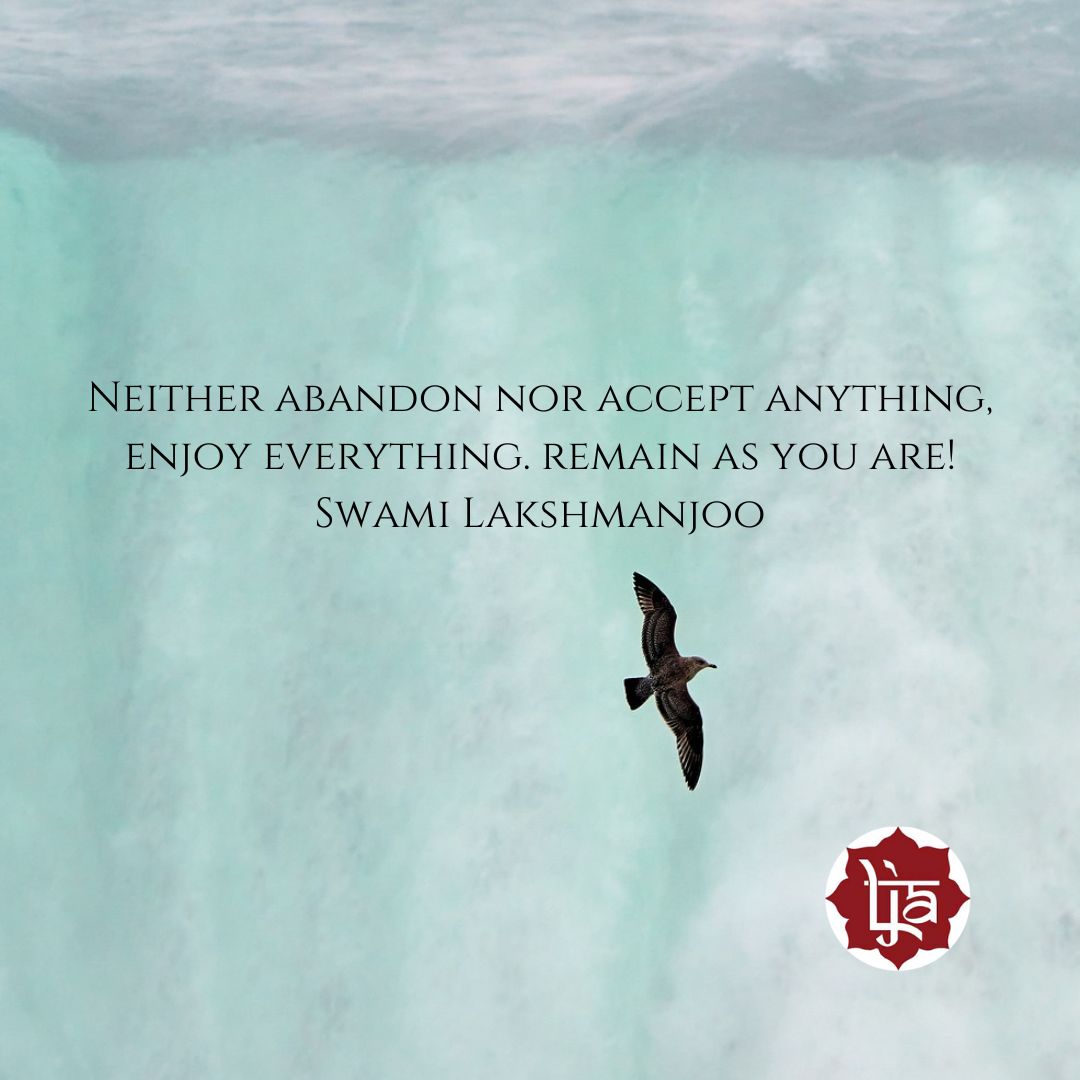 In a letter to John Hughes, dated 13th February 1989, Swamiji wrote the following: “Actually, individuals are not separate from God consciousness…” 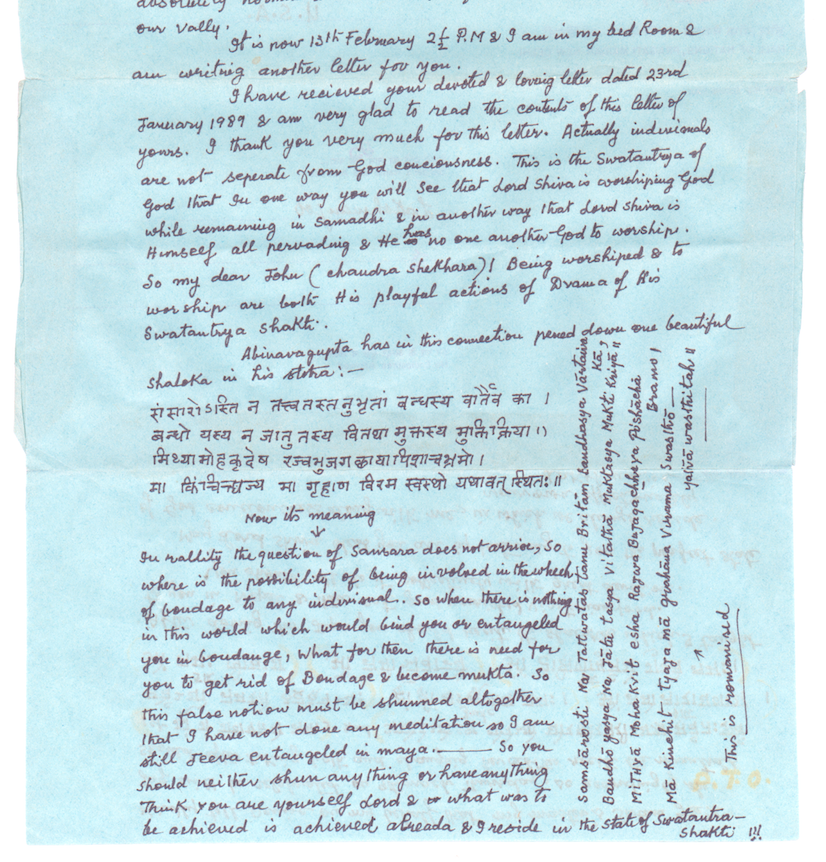 “Actually, individuals are not separate from God consciousness. This is the svātantrya of God that, in one way you will see that Lord Śhiva is worshiping God while remaining in samādhi, and in another way that Lord Śhiva is Himself all-pervading and he has no one, i.e. another God to worship. So my dear John, being worshiped and to worship are both His playful actions of the Drama of his Svātantrya shakti.
Abhinavagupta has in this connection penned down one beautiful śloka in his stotra (Anuttarāṣṭikā).

[Swamiji wrote the second śloka from above in Devanagri and roman, and gave the following meaning.]

“In reality the question of samsāra (repeated births and deaths) does not arise, so where is the possibility of being involved in the wheel of bondage to any individual?

So, when there is nothing in this world which would bind you or entangle you in bondage, what for then is there need for you to get rid of Bondage and become jivan mukta (liberated)?

So this false notion must be shunned altogether, “That I have not done any meditation so I am still jeeva entangled in māyā (illusion). So you should neither shun anything, or have (accept) anything. Think you are yourself Lord, and what was to be achieved is achieved already; and reside in the state of svātantrya śakti!!!”” 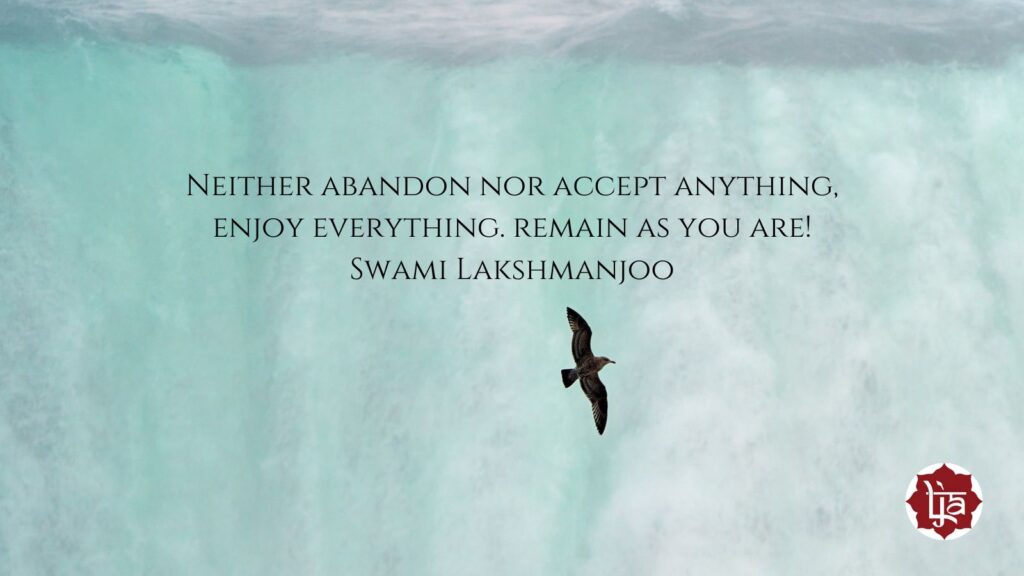 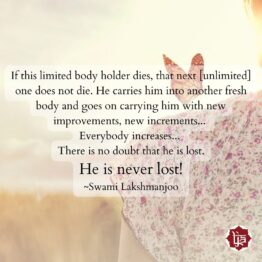 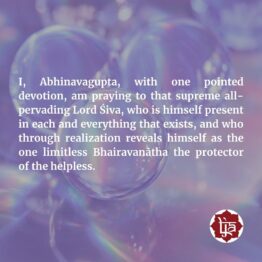 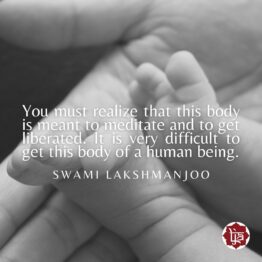