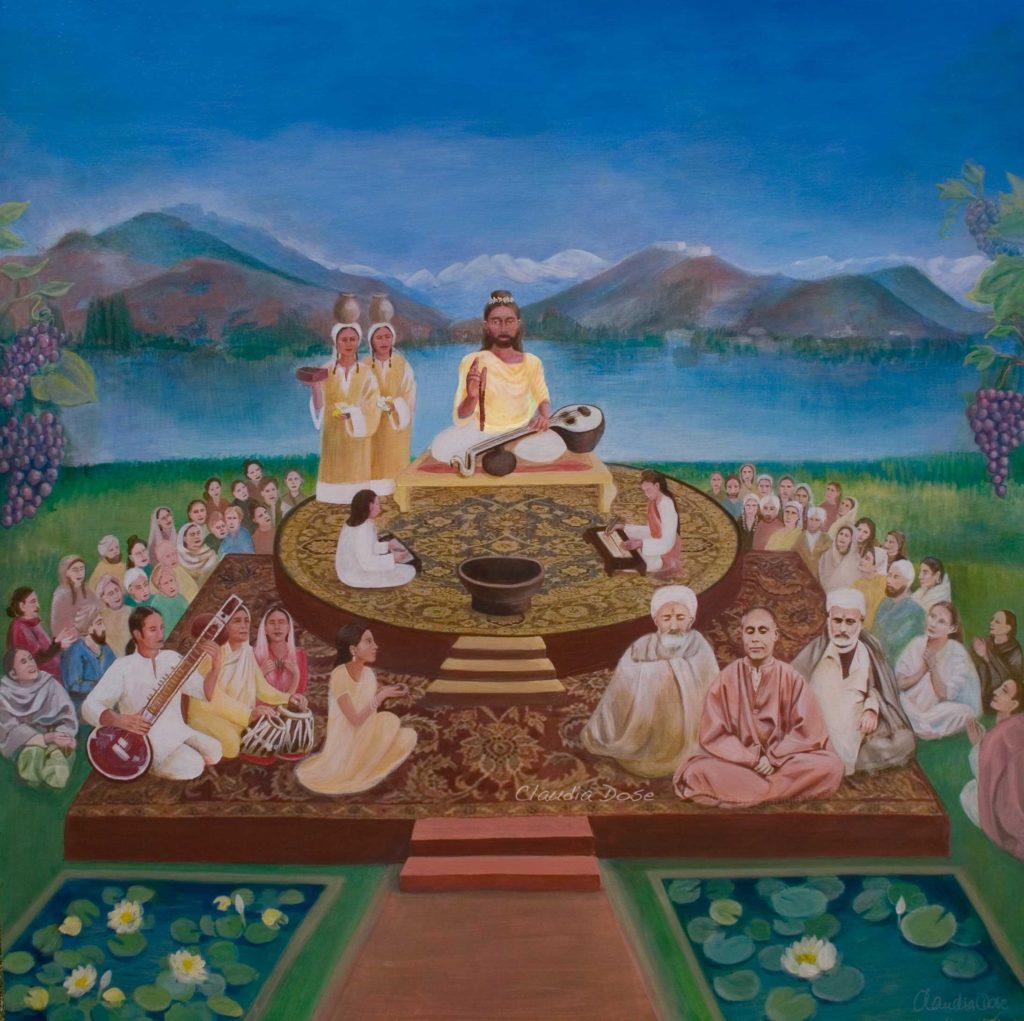 A painting of Abhinavagupta with Swami Ram, Swami Mahatabkak and Swami Lakshmanjoo,


Depiction of Abhinavagupta taken from a pen-picture (see verses below).

Original painting by Claudia Dose. Prints available upon request.
(100% of the proceeds going towards the Universal Shaiva Fellowship).

Click on a thumbnail below to see more detail… 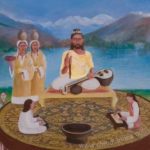 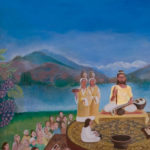 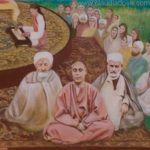 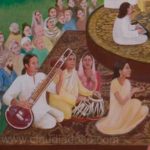 The following verses are known as the dhyana shlokas, taken from Madhuraja’s ‘Gurunatha Paramarsha’.(1)  Also called a “pen-picture” of Abhinavagupta because of its vivid description.

“May the glorious Dakshinamurti in the form of Abhinava, who is an incarnation of Shrikantha (Lord Shiva) and has come to Kashmir out of deep compassion, protect us.

His eyes are rolling with spiritual bliss. The center of his forehead is clearly marked with three lines made with ashes. His ears look beautiful with Rudraksha. His hair is tied with a garland of flowers. His beard is long, and his body rosy. His neck, black because of its being besmeared with paste of camphor, musk, sandal and saffron etc. looks splendid. His long sacred thread is left loose. He is dressed in silk-cloth, white like the rays of the moon. In the yogic posture called vira, he is sitting on a soft cushion over a throne of gold with a canopy decked with strings of pearls, in an open hall full of crystals, beautiful with paintings, smelling extremely sweet on account of garlands of flowers, incense and lamps, perfumed with sandal etc., constantly resonant with both vocal and instrumental music and dance and crowded with female ascetics and saints of recognized spiritual power, Abhinavagupta sits resplendent in the center of a garden of grapes.

He is attended by all his pupils, such as Kshemaraja etc., who are sitting at his feet with their minds concentrated, writing down all that he says. His two female attendants (Dutis) are standing at His sides, each with a jar full of water distilled from grain kept soaked in water for three nights. They have a box full of betels (tambula) in their right hand, and a fruit of citron and a lotus in their left.

His right hand is wearing a rosary of Rudraksha, and his fingers are in the position indicative of the grasp of the Ultimate Reality. With the tip of the nail of his lotus like left hand he is playing on the vina, which is capable of producing the original musical sound (nada).”