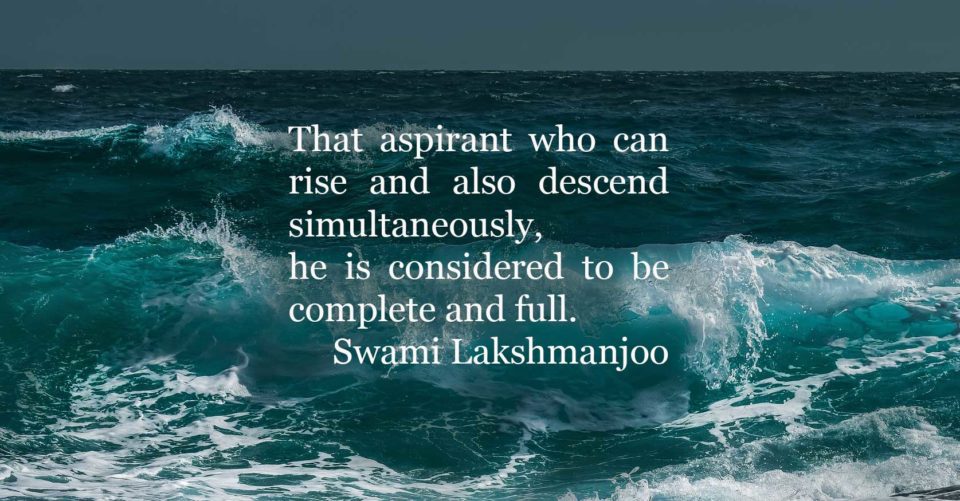 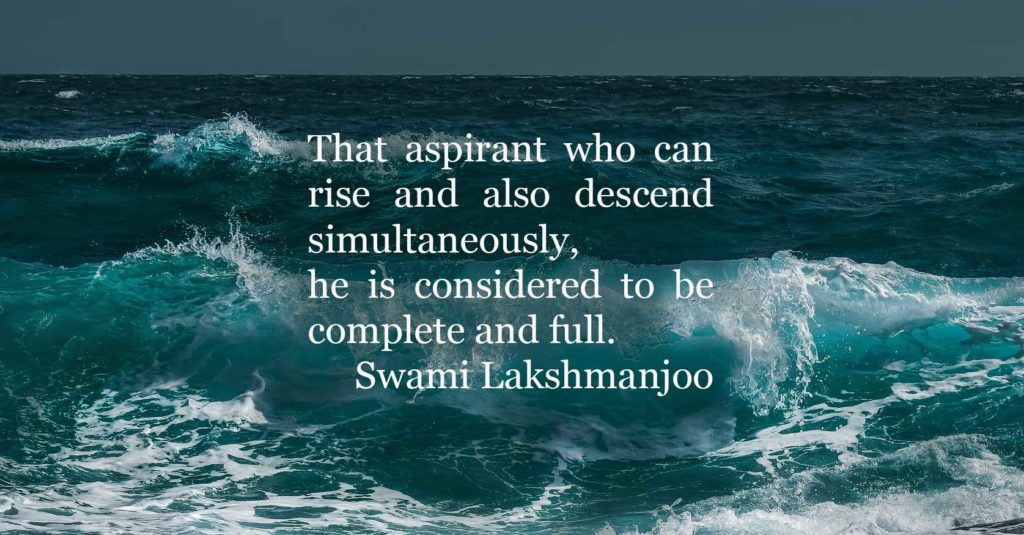 The Seven States of the Seven Perceivers (Pramātṛin)

Now, let us discuss the seven states of the seven pramātṛins (perceivers) and their importance. The first state is called sakala. The sakala state is that state where perception takes place in the objective world and not in the subjective world. In other words, I would call this state the state of prameya, the state of the ‘object of perception’. It is realized by its pramātṛi — ‘the observer’ who resides in this state, in the field of objectivity and its world.

The fourth state of the observer is called śuddhavidyā and its observer is called mantra3 pramātṛi. In this state, the observer is always aware with svātantrya. All the malas have been removed and its observer observes only the state of his own Self, his own Real nature, full of consciousness, full of bliss, full of independent will, full of knowledge, and full of action. Hence, this state, though it is not a stable state, is the real state of Śiva. The mantra for this state is ahaṁ ahaṁ, idaṁ idaṁ. The meaning of the first section of this mantra, ahaṁ ahaṁ, is that in this state the yogī experiences that he is the reality, the Real nature of Self, the Truth of this whole universe. The meaning of the second section of this mantra, idaṁ idaṁ, tells us, on the other hand, that he also experiences that this universe is false, that it is unreal. Because this state is not stable, the yogī does not always remain in this state. The experience comes and goes. Sometimes he experiences this state and sometimes he does not experience it. Sometimes he experiences only ahaṁ ahaṁ. Sometimes, when his consciousness is a little damaged, he experiences only idaṁ idaṁ. Therefore, his reality of Self remains unstable and uncertain.

The next state is called īśvara and its observer is called mantreśvara pramātṛi. The word mantreśvara means “the one who has sovereignty on mantra (ahaṁ–I).” This state is like that of mantra pramātṛi, full of consciousness, full of bliss, full of will, full of knowledge, and full of action; however, this is a more stable state. The aspirant finds more stability here. The mantra for this state is idaṁ ahaṁ. The meaning of this mantra is that the aspirant feels that this whole universe is not false; on the contrary, he feels that this whole universe is the expansion of his own nature. In the state of mantra pramātṛi, he felt that the universe was false, that he was the truth of this reality. Now he unites the state of the universe with the state of his own consciousness. This is actually the unification of jīva, the individual, with Śiva, the universal.

The next state is the state of sadāśiva. The observer of this state is called mantra maheśvara. In this state, the observer finds himself to be absolutely one with the Universal Transcendental Being. He experiences this state to be more valid, more solid and deserving of confidence. Once he enters into this state, there is no question at all of falling from it. This is the established state of his Self, his own Real nature. The mantra of this state is ahaṁ idaṁ. The meaning of this mantra is, “I am this universe.” Here, he finds his Self in the universe, while in the previous state of mantreśvara he found the universe in his Self. This is the difference.

The energies of the seven pramātṛins

The second energy is that energy which makes one capable of residing in unawareness, in voidness (śūnya). This energy is called pralayākala pramātṛi śakti.

The fourth energy, which makes it possible for one to reside in the state of ahaṁ ahaṁ, idaṁ idaṁ in the state of mantrapramātṛi, which is the state of śuddhavidyā, is called mantra pramātṛi śakti. In this state, all of the malas have vanished completely.

It is for this reason that in the Mālinī Vijaya Tantram the purpose of these seven states is fully described for the benefit of the aspirant. This description is called pañcadaśavidhiḥ, the mode of fifteen-fold thought for rising and returning, for ascending and descending. This means that the theory of the seven pramātṛins and their seven energies is meant not only for rising but also for descending. The aspirant must be capable of both rising and descending. The one who rises and cannot descend is incomplete. It is that aspirant who can rise and also descend simultaneously who is considered to be complete and full.

3 The meaning of the word mantra, in the sense that it is being used here, is found in the roots which comprise it, manana and trāṇa. Manana means “awareness, possessing complete knowledge.” Trāṇa means “complete protection, protection from all the four sides, that protection which protects the whole ignorant world from ignorance.” Therefore, mantra is that knowledge by which we are protected.