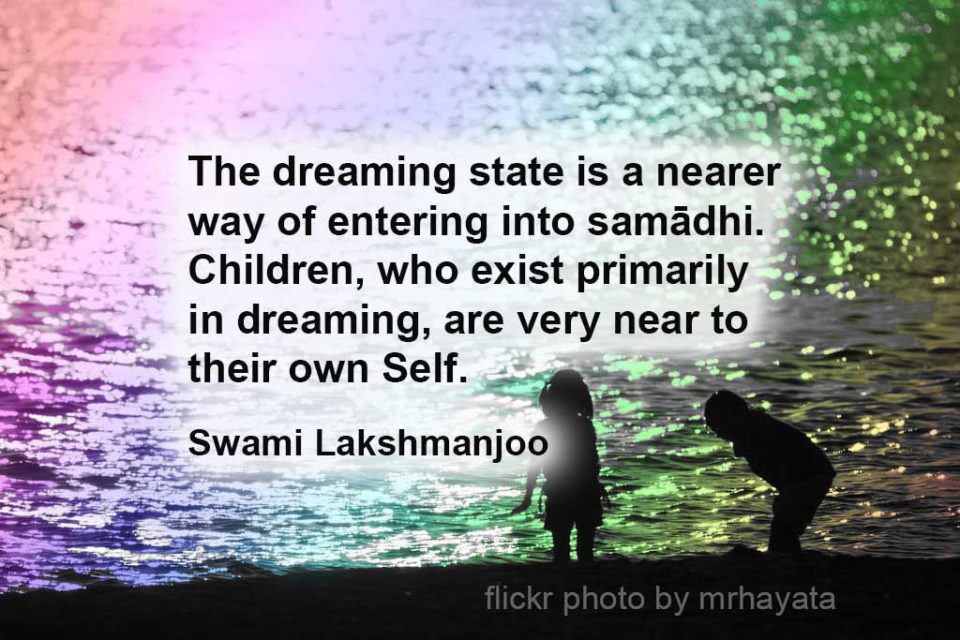 In part 4 Swamiji explains the 5 subjective states in Kashmir Shaivism from the viewpoint of a Yogi, a Jñāni and worldly people. Here he talks about svapna [the absence of worldly activity], suṣupti [sleep] and where the three energies of Śiva can be found in each [including turya] and which state is nearer to entering into samādhi.

This lecture is a continuation from a previous lecture about the 5 Subjective States in Kashmir Shaivism. This is from the 11th Chapter of the book, Kashmir Shaivism: The Secret Supreme, revealed by Swami Lakshmanjoo. 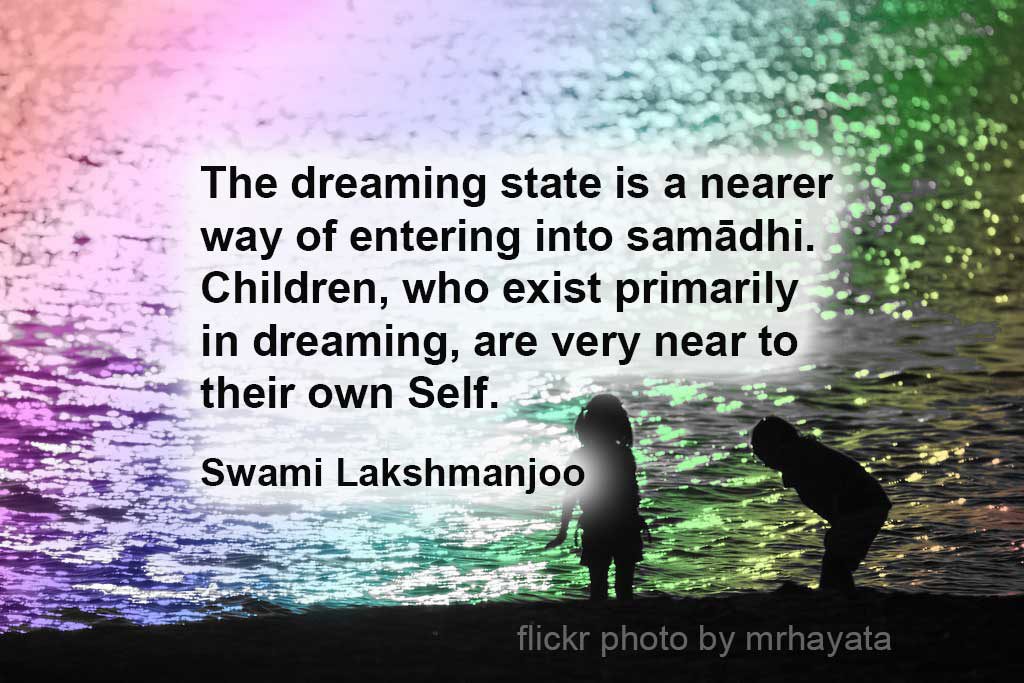 The dreaming state is called svapna [the absence of worldly activity] by worldly people because the outer objective world is absent. Yogins, on the other hand, call this state padastham, which means “being established where you are,” because here you become established in your own point. Yogins find that svapna [dreaming state] is a nearer way when entering into samādhi, when entering into the absolute. When you are in the state of jāgrat, you have to struggle to enter in samādhi. When you are in the state of svapna, you only have to struggle half as much. It is much easier to concentrate your awareness in svapna than it is in jāgrat. Children exist primarily in svapna. If illuminating power is put into them by some master or greater soul, they will enter into samādhi in an instant. They have no external thoughts; they have only internal thoughts. They are very near to their own Self.

Worldly people call the state of deep sleep suṣupti [asleep] because they have no knowledge of objectivity in this state. There is no objectivity and there are no impressions. This state is tūṣṇīmbhāva which means “absolute silence.” For them, it is an appeased state. They feel that after leaving this state they are more peaceful. They find this state to be nourishing. Yogins, on the other hand, feel that in this state of sound sleep they become attached to their own nature. This state for yogins is full of consciousness, while this state for worldly people is full of unconsciousness. Yogins, therefore, call this state rūpastha, which means “established in one’s own Self,” because here they are established in their own Consciousness. Jñānīs call this state mahāvyāpti (the great pervasion) because here they find that there is absolutely no limitation of objectivity or impressions.