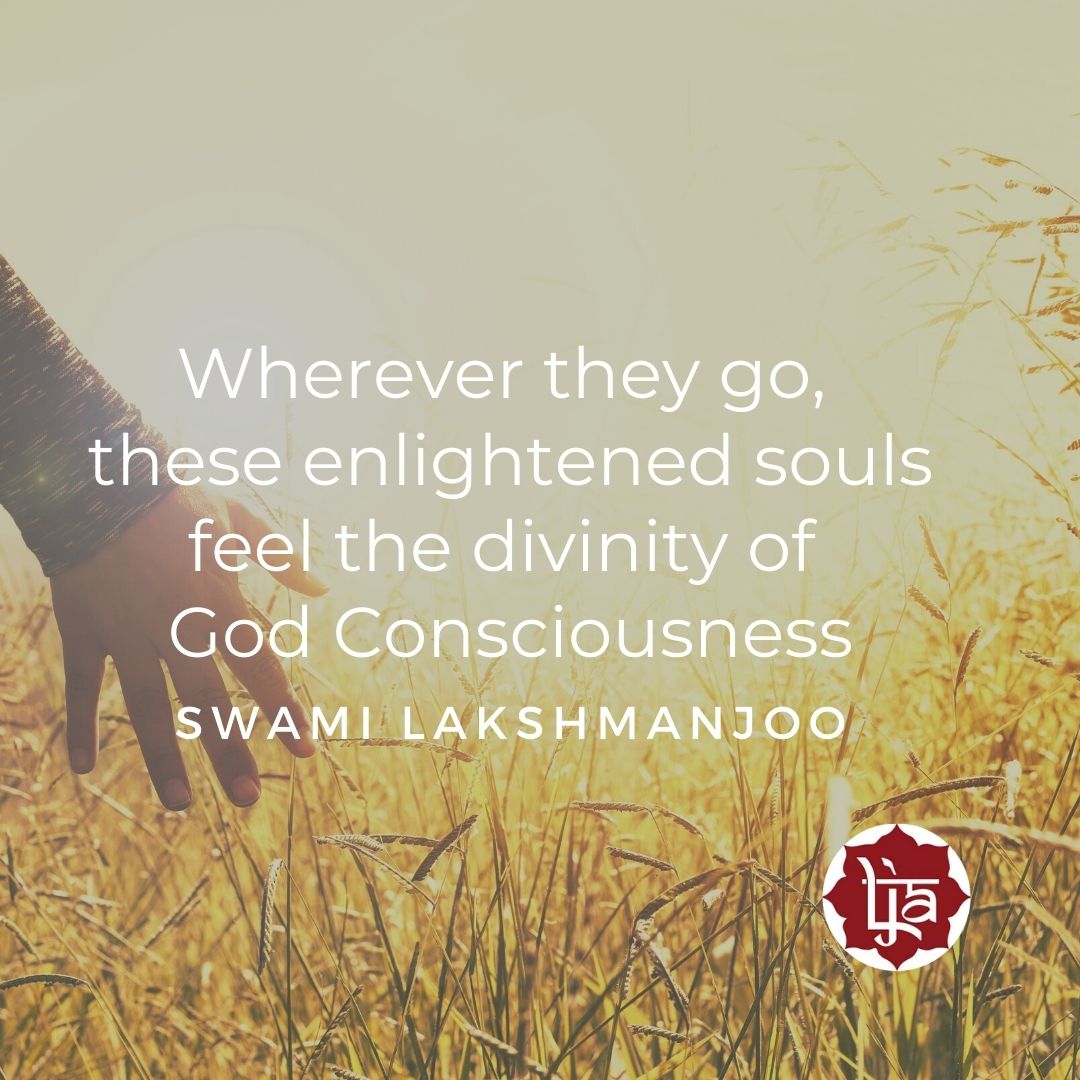 “Wherever they go, these enlightened souls feel the divinity of God Consciousness. Whenever they travel in the objective world, whether in name, form, space, time, whether walking or talking, whatever they may be doing, they are traveling in Absolute Consciousness.” ~Swami Lakshmanjoo 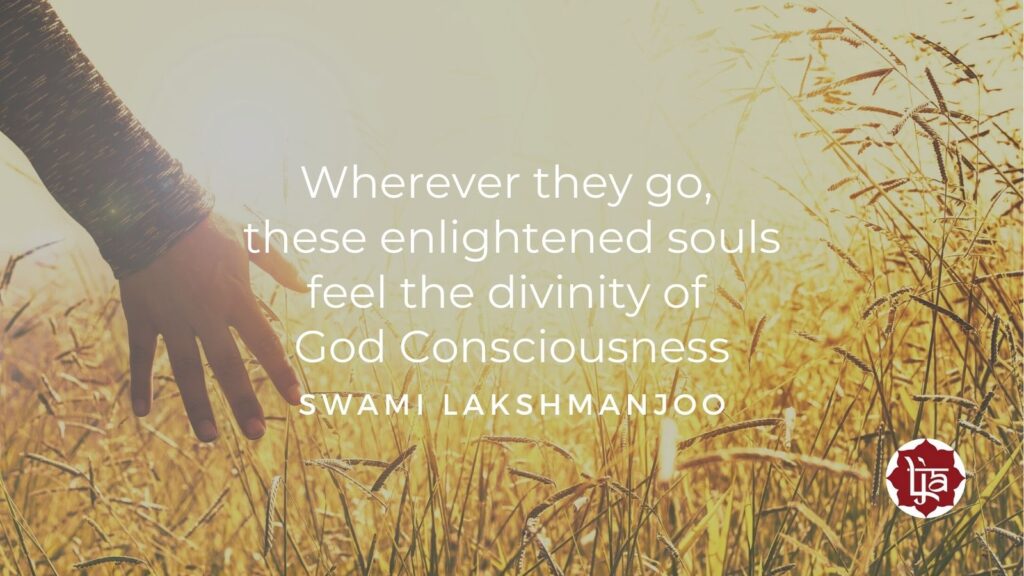 In the state of suṣupti, deep sleep, the first state of these four modes is suṣupti jāgrat, wakefulness in the state of deep sleep. In this state, you lose all impressions and thoughts and remain in absolute voidness (śūnya). While remaining in this state, you are not aware and you do not taste its joy. For example, if you have fallen into this state of sound dreamless sleep, where you travel neither in objectivity nor in impressions, and then when you emerge from that dreamless state, someone asks you, “Where were you?” You would reply (nakiñcidjño‘smi), “I do not know anything.” Sometimes upon awakening from deep sleep, you realize that while you were asleep you did not know anything; however, you do know that you were happily sleeping and that it was absolutely peaceful. This experience “I was peacefully sleeping” does not occur in suṣupti jāgrat. In the state of suṣupti jāgrat, you remember afterwards that you were experiencing nothing. Na kiñcidahamavediṣam gāḍha mūdḥo‘hamasvāpsam “I was asleep and I observed nothing.”

Let’s turn now and look again at the three states of the individual subjective body. The word jāgrat refers to that state wherein one is full of awareness from his own point of view, from the point of view of individual consciousness, not from the point of view of subjective consciousness. It is worldly people that call this state jāgrat (waking). Yogins, on the other hand, have a different name for it. Yogins feel that when you enter in the state of objective consciousness, you become one with objectivity. This, therefore, is not actually the state of waking. It cannot be jāgrat. It is really the state of becoming one with objectivity. For this reason, this state is called piṇḍasthaḥ, a state where you become one with whatever you perceive.

Enlightened souls (jñānīs) have yet another name for it. In this state the Being of Śiva has expanded his body of consciousness in names, forms, space, and time. These jñānīs feel the consciousness of Śiva everywhere. It is for this reason that they call this state sarvatobhadra which means “everywhere divine.” Wherever they go, these enlightened souls feel the divinity of God Consciousness. Whenever they travel in the objective world, whether in name, form, space, time, whether walking or talking, whatever they may be doing, they are traveling in Absolute Consciousness.

Next:  dreaming state svapna and its meaning to Yogins and Enlightened souls (jñānīs)…