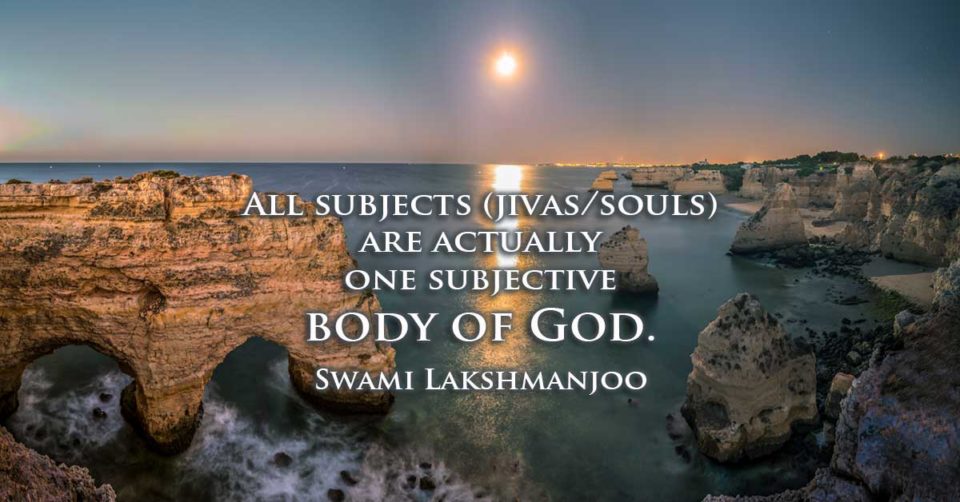 In this lecture Swami Lakshmanjoo talks about the 5 subjective states in Kashmir Shaivism. This is part one of four excerpts from the 11th Chapter of the book, Kashmir Shaivism: The Secret Supreme. Here Swamiji reveals how…

All subjects (jīvas) are actually one subjective body of God. 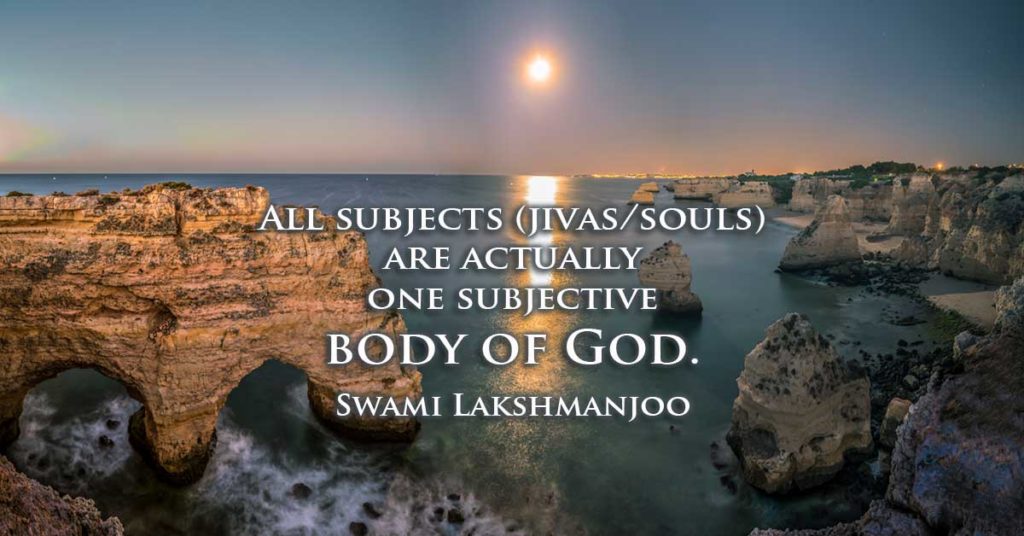 5 States of the Individual Subjective Body

On the path of the thirty-six elements, only one universal subjective body is traveling in each element.

1. In jāgrat, wakefulness, the individual subjective body is traveling in the world of objectivity (prameya), which comprises the world of elements, names, forms, words, and sounds. Here, it loses consciousness of its subjectivity and becomes one with the objective world.

2. In svapna, the dreaming state, the individual subjective body travels in the impressions (saṁskāras) of the objective world. Here, it also loses the awareness of its subjective consciousness. It takes hold of these impressions and becomes one with the world of impressions.

4. And when, by the grace of a master, this subjective body enters into subjective consciousness with full awareness, and maintaining unbroken awareness becomes fully illumined in its own Self, this is called the fourth state, turya.

5. And when this individual subjective body takes a firm hold of turya and does not lose consciousness for even a moment, then it is established in that state called turyātītā, above the fourth. It is completely established in its Self. Its awareness of Self is maintained constantly in wakefulness, dreaming, and deep sleep. It never loses its consciousness. Even at the time of death, because it lives in the body of consciousness, it remains completely Self aware.

Now I will explain to you how the four states of the individual—jāgrat, svapna, suṣupti, and turya—are found in each of these four states.*

*Turyātītā, beyond the fourth, is not found mixed with any other state. Turyātītā is absolute. In turyātītā, there is no contact of either objectivity or subjectivity. It is for this reason that only four different modes are to be found in each of the four states of the individual subjective body. Turyātītā is not explained nor is it recognized in this context.